The role that laucnhed me was when I played Detective Inspector Fred Pyle in LAW and ORDER back in 1977. This was a very controversial series that highlighted the injustices created by Police corruption. Another highlight was when I played Ronald King in a series written for me called KING and CASTLE. Then I was very fortunate to play Gary Marshall in Linda La Plantes THE GOVERNOR by Linda La Plante. However I am best known for the many years I was Charlie Slater in the long running soap EASTENDERS.
While away from the screen I enjoy golf, football and am a keen supporter of a number of charities, including MIND, Dogs Trust and the Grand Order of Water Rats. 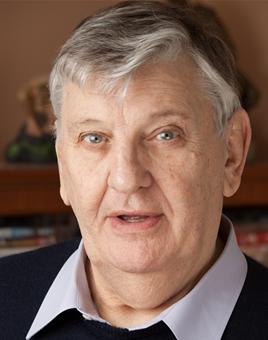 In 1962 I left my job at Smithfield Meat Market and decided to try and get into the acting business. I had always been a big film fan for as long as I can remember. Where I grew up, in the East End, there were dozens of cinemas and some of my earliest memories are of going off to the cinema. When I was a young man I would go at least 3 times a week.
In order to find an agent I went to a café in Soho which I knew actors frequented.  I asked around and got a number and telephoned the agent for an appointment. I bluffed them saying I had done some rep work in the North. I was offered a job on Z Cars the next week. It turned out to be three days work as a walk on, I was paid three guineas a day. That was my start. From walk-ons I then went into doing stunt work, before  carving out a good career as a character actor.
View on Mobile